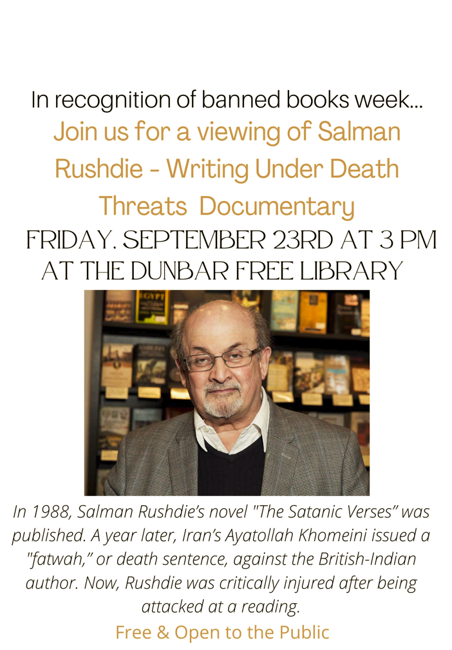 Summary: In 1988, Salman Rushdie’s novel “The Satanic Verses” was published. A year later, Iran’s Ayatollah Khomeini issued a “fatwah,” or death sentence, against the British-Indian author. Now, Rushdie was critically injured after being attacked at a reading.

Free and open to the public.

No comments to show.